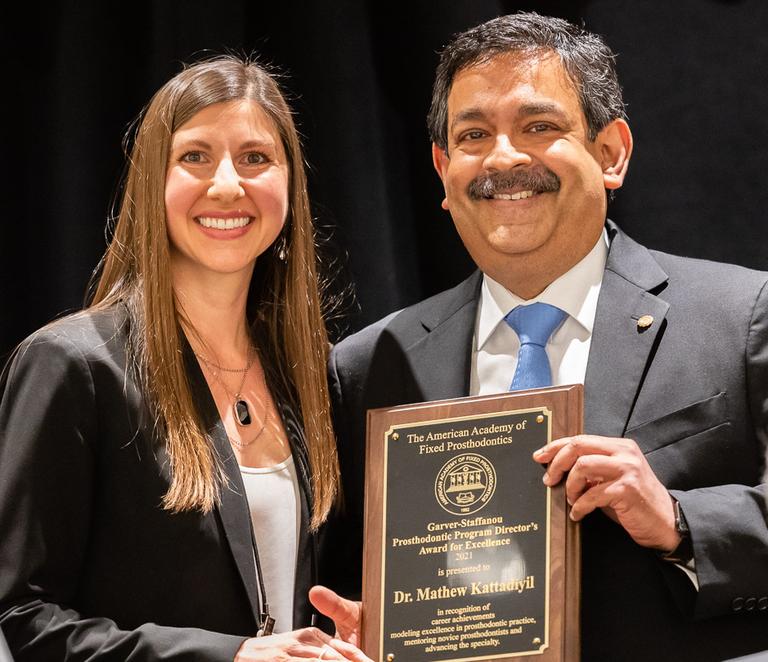 The American Academy of Fixed Prosthodontics has established an award named after two of our most dedicated members, Don Garver and Bob Staffanou. Both of these individuals were outstanding prosthodontic program directors, and this award has been designed to honor an individual who has displayed excellence as a director of a postdoctoral prosthodontic program. Any academy member may make a nomination for this award.  A nominee must be a present or former director of an ADA-accredited advanced educational specialty program in prosthodontics, having served for a minimum of 5 years as director. Non-members of the Academy are eligible for this award. A standing committee chooses the recipient from the eligible candidates each spring, and the award is presented at the annual Chicago meeting the following February. The first recipient, Dr. Gerald Ziebert, a former president of the Academy, received this prestigious award at the Annual meeting in February 2010.