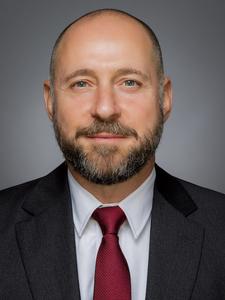 Avishai Sadan was named dean of the Herman Ostrow School of Dentistry of USC and the G. Donald and Marian James Montgomery Professor of Dentistry in September 2009.

Under his leadership, the dental school has been consistently ranked at the top of private dental schools receiving research funds from the National Institute of Dental and Craniofacial Research. Sadan has spearheaded numerous educational and curricular innovations, including an emphasis on providing students with unique keystone experiences, using the latest technologies and treatment modalities. He also focuses on maintaining the school’s strong faculty legacy, especially through the recruiting and mentoring of junior faculty members. The dental school includes the USC Division of Biokinesiology and Physical Therapy and the USC Mrs. T.H. Chan Division of Occupational Science and Occupational Therapy, both of which consistently rank among the top in the nation by the U.S. News & World Report.

In 2019, Sadan received the Ellis Island Medal of Honor, a unique distinction presented annually to American citizens whose accomplishments in their field and inspired service to the United States are cause for celebration. Dr. Sadan was previously editor-in-chief of both Quintessence International and Quintessence of Dental Technology and has lectured and published nationally and internationally on biomaterials and esthetic and implant dentistry. Sadan obtained his DMD from the Hebrew University Hadassah School of Dental Medicine and completed both a residency and a fellowship in prosthodontics at the Louisiana State University School of Dentistry. He received an MBA from the USC Marshall School of Business.